Ramp Up: A Guide for Brand New Brands Investing in Digital Marketing

Starting a new brand and want to advertise on Facebook/Instagram and Google?

First of all, congrats! Launching a company can be a lonely, emotional rollercoaster and getting this far alone requires a large degree of fortitude. We’ve worked with many brand-new brands and seen firsthand how each platform can be instrumental in growing a business.

For many businesses, Facebook and Google represent the majority of incoming revenue. However, the first several months of building digital marketing campaigns on these platforms are the most difficult.

If your new company is gearing up for launch, I’ve outlined methods for you to gain learnings quickly and achieve your goals.

First, we need to outline the unique challenges that new companies face. Chiefly, the fact that there is no data yet. Data is a broad term that, in the digital marketing world, often references several different key pieces, i.e., traffic on the site, actions taken on the site, learnings on the ads and the targets. And when you haven’t launched your brand yet, there’s nothing against which to benchmark.

There are two key areas that a lack of information affect results: retargeting and optimizations.

Retargeting. Digital marketing is a combination of prospecting to those unfamiliar with the brand, and retargeting to those who have had some previous interaction with the brand, whether visiting the site or watching a branded video. Generally, remarketing audiences will perform better than prospecting audiences because people familiar with the brand are at least one step closer to converting than someone isn’t aware of the brand. More mature companies have enough site traffic, product viewers and cart abandoners to invest more in remarketing, and because these users are more qualified, they’ll have more efficient results. Retargeting can be 40-50% of their spend, sometimes more during promotion. New businesses with nascent sites are at a disadvantage here because they don’t have the same site traffic.

Optimizations. With time and proper pixel tracking, you’ll learn what regions, which images, which audiences at what time convert the most, at the cheapest cost. But, in the beginning, you don’t have any learnings or information to draw from. You may have intuition and research but not confirmed learnings as it relates to your brand. It can take months to test different images before you figure out what the best image is.

Having more data also impacts the prospecting audiences one can use. Lookalikes, for example, are a powerful Facebook prospecting tool that can find users similar to a source audience. That source audience could be anything, users on your website, purchasers, repeat purchasers etc. The more qualified, the better i.e. a lookalike using a source audience of people who purchased in the past will have a higher conversion rate than one using a source audience of people who visited the site. However, the lookalike requires approx. 1,000 in order to have a statistically significant sample to match other similar profiles, it’s harder to collect 1,000 past purchasers than 1,000 site visitors.

We humans learn from more conversions, but so do the machine-learning advertising algorithms. By tracking the profiles of those who convert, they can quickly form connections about the user before the advertiser. For instance, the algorithm may notice 35-old men from Montana are more likely to convert, even if the audience is all ages and gender in America. The algorithm will then serve more impressions toward more profiles similar to what’s been working. As you’ve likely guessed by this point, conversions need to happen first before the machine learning can improve.

Another consideration is the click to conversion period. Some folks decide quickly and convert within minutes of seeing an ad. Others dwell on the decision. Very generally speaking, the higher the price point, the longer the lag between that first click and that eventual conversion. Google has seen that some conversions were the result of 150+ marketing touchpoints over the course of several months. Understanding the click to conversion is important to resist making hasty decisions regarding your campaigns.

Now that we’ve outlined some of the challenges, here are four tips to aid brand new brands in growing quickly.

You likely will not be profitable right out of the gate. Remember, the world is not waiting with bated breath for your brand to launch. Preparing for that expectation will lead to longer term success than assuming it will be. Structuring your campaigns for building initial brand awareness will better set you up for long term success rather than gunning for conversions immediately. By casting a wide net, optimizing for top of funnel metrics and you’ll build a middle of the funnel audience that you can push down the funnel to convert. We’ve worked with brands that want their digital marketing to be profitable within weeks of launching. Without the learnings or retargeting pools, instant profitability is a tall order. Investing in a few months for a learning period is a more conservative approach.

Similarly, setting realistic, data driven goals are key. Some clients offer a cost per acquisition goal that feels right. Setting a marketing goal should start with looking at profitability and expected earnings and working backwards to determine the estimated cost of ads that would still lead to those target profits. Then, of course, realize that those goals might not be viable for a new company initially and plan accordingly.

Start with traffic campaigns to get people to the website. Early on, your site won’t have many remarketing audiences to target, nor past conversions from which to build learnings. On Facebook, it’s cheaper to target people who are more likely to click than people who are more likely to convert. You will grow your remarketing audiences of people on the site and taking actions that indicate interest, like adding cart, initiating checkouts or spending more time on the site. You must build these audiences first before you can retarget them.

Another tactic toward the same end is testing a lead generation campaign. Lead generation campaigns on Facebook are one of the cheapest was to garner leads for two main reasons: 1) People don’t have to leave the platform to complete a form 2) Facebook autofill the form fields making the filling out process even quicker. These leads can not only help grow the scale of your email campaigns, they can also be used as a lookalike source audience.

We’ve seen many founders begin marketing with strong convictions about what ad and target would be best only to have their expectations up ended. Keeping an open mind and proving out a hypothesis will open the door for more conversions than being stubborn about what you think will work. The audience is voting on what is resonating to them by converting. For this reason, it’s best to organize your tests to begin by testing ads that are more different rather than ads that are very similar in nature for example.

For example, you might suspect that a red image is the way to go and want to test a crimson ad against a scarlet ad. Why pigeonhole yourself with those assumptions when you could confirm red first by testing a red image versus blue and then red versus green? At this early stage, you’ll want to maintain a wide scope of testing, trying very different formats, colors and copy rather than starting narrow.

Tactically, we recommend using copy from press as a powerful way for new brands to build credibility while they are still building awareness. We often see that copy featuring press be the best for companies that are building their brand. Positive reviews are a great introduction to the brand and can help push a decision for remarketing audiences that need some final validation before committing to conversion.

Digital marketing is a great way to advertise a new brand.

For one, it’s measurable. With the proper pixel placement, a user can understand the exact efficacy of their advertising efforts. A billboard won’t tell you how it’s performing.

Similarly, it’s very testable. Trying different ads against different audiences will unlock learnings about your business. It has a relatively low barrier to entry in order to reach an audience at a national scale.

Most importantly, digital marketing is effective. We see newer businesses rely on it as a major channel for advertising and scale with it.

However, new businesses face unique challenges with the lack of data on their account. By setting realistic goals, testing diversely, and launching cheaper traffic oriented campaigns early, businesses can help themselves learn and grow quicker. 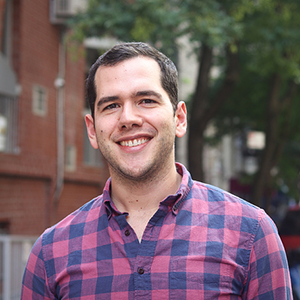 The Metric Digital Blog A Blog on All Things Digital Marketing
What Factors Affect My Company’s Cost Per Acquisition? A number of components that affect your company’s final cpa. We’ll explore several of these factors, some of which you can’t control, but most of which can be positively influenced with the right strategy. Paid Acquisition Tactics For Subscription Brands, And Brands Who Think Like Them It’s no surprise subscription products are becoming a critical feature within the broader ecommerce landscape. And companies who aren’t tapping into the power of that business model are missing out on a powerful growth opportunity. How Ecommerce Brands Can Deal With The Headache Of Third Party Resellers Whatever kind of ecommerce business you run, you will probably have to deal with third party resellers at some point. Use these strategy and tactics to make sure that your headache doesn’t turn into a heartbreak.