An Update From Shopify’s Unite 2019 (+ Tips Your Brand Can Leverage Right Now!)

They revealed many updates in their keynote, and we wanted to share our take on these updates and how they can help drive growth for your ecommerce company, in 2019 and beyond.

With those metrics in mind, now for the announcements!

The biggest one by far: Shopify Fulfillment

As a bonus, we wanted to share some insights from Shopify CEO, Tobias Lutke, in an AMA:

Our main takeaways for eCommerce companies? Keep an eye on Shopify’s fulfillment network, evaluate if 3D modeling and/or video on product pages are a good fit for you, make your life easier by using single sign-on for multiple Shopify stores, increase AOV by upselling on the checkout page, take advantage of the new POS app, and solve a common customer complaint by (finally) being able to edit orders after placement.

We’re thrilled to see how our merchants will leverage the tools to grow in 2019! 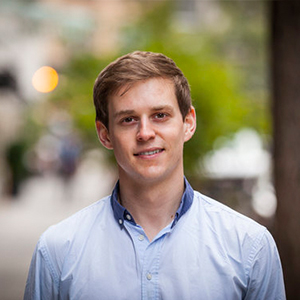 The Metric Digital Blog A Blog on All Things Digital Marketing
Ramp Up: A Guide for Brand New Brands Investing in Digital Marketing The first several months of building digital marketing campaigns on Facebook and Google are the most difficult. If your new company is gearing up for launch, I’ve outlined methods for you to gain learnings quickly and achieve your goals. How to Create Unboxing Content That Drives More Retail Purchases, Part 2 In our previous post, we primed your performance marketing brain with strategies and inspiration for unboxing and unpacking ad creative. Now we’re going to dig into the nuts and bolts, along with several examples of top ads. Is There Legitimacy to Citron's Report Slamming Shopify? Recent advertising scandals are forcing consumers to realize and reckon with one major issue. How much data is any given internet company collecting on you? Let's explore how these events might affect your business.